Loders' Neighbourhood Plan has passed its Examination.  Congratulations to all involved!  The next step will be a local referendum.  As long as enough local residents vote 'yes', the Neighbourhood Plan should then become the second 'made' plan in Dorset.

Claire Wright undertook the examination over the Christmas period, and commended the extent to which the group had reached out to its community and was an inherently community-driven document, and the fact that the plan was clear, concise (at just under 30 pages) and easy to understand.  She has suggested some very minor modifications, none of which fundamentally change the Plan's contents or direction.  The District Council will formally consider her report in March.

It is likely that the referendum will be held on 5 May, to combine with the Police and Crime Commissioner elections on that date.
Posted by Jo at 07:15

The guidance supporting national planning policy has been updated this month, with some notable additions on housing and neighbourhood plans.  There are three key messages coming through, which reinforce what I have been advising local groups:

(1)    If a neighbourhood plan is looking at housing or settlement boundaries, it is critical that it takes into account the housing needs for the area, both from district-wide and (if possible) locally sourced evidence.

(2)    Do not take the settlement boundary for granted, as it may not count in the absence of a five year housing land supply at a district level – so if there are key spaces and places to protect outside of the boundary which are not otherwise subject to a designation, these should be highlighted in your plans.  Any locally sourced information on housing needs can also be used in planning decisions when there is a lack of a housing land supply.

(3)    Local Plans are likely to get reviewed and allocate additional sites at some point in the future - neighbourhood plans can influence these future decisions, for example by allocating reserve sites to ensure that any future needs can be met.


http://planningguidance.communities.gov.uk/revisions/41/040/
“Up-to-date housing needs evidence is relevant to the question of whether a housing supply policy in a neighbourhood plan or Order contributes to the achievement of sustainable development”


http://planningguidance.communities.gov.uk/revisions/41/082/
“Where the local planning authority cannot demonstrate a five-year supply of deliverable housing sites, decision makers may still give weight to relevant policies in the emerging neighbourhood plan, even though these policies should not be considered up-to-date … Documentation produced in support of or in response to emerging neighbourhood plans … may also be of assistance to decision makers in their deliberations”


http://planningguidance.communities.gov.uk/revisions/41/083/
When there is a lack of a 5 year housing land supply in the local plan area neighbourhood plan policies restricting housing supply will be “out of date”, and as such “the presumption in favour of sustainable development requires the granting of planning permission, unless any adverse impacts of doing so would significantly and demonstrably outweigh the benefits, when assessed against the policies in the Framework taken as a whole; or specific policies in the Framework indicate development should be restricted”  “Decision makers should include within their assessment those policies in the Framework that deal with neighbourhood planning … which states that where a planning application conflicts with a neighbourhood plan that has been brought into force, planning permission should not normally be granted.”


http://planningguidance.communities.gov.uk/revisions/41/009/
“Neighbourhood plans should consider providing indicative delivery timetables, and allocating reserve sites to ensure that emerging evidence of housing need is addressed. This can help minimise potential conflicts and ensure that policies in the neighbourhood plan are not overridden by a new Local Plan.”

Buckland Newton - submitted for its examination

Buckland Newton have taken the next step towards finalising their neighbourhood plan.  The proposed plan has been submitted to West Dorset District Council, and the District Council have agreed that it can proceed to examination. 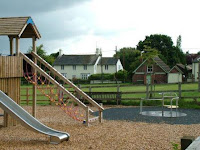 The neighbourhood plan takes forward the aspirations identified in the Parish Plan, and proposes a range of small housing sites mainly around the larger settlement of Buckland Newton, but also some very small scale development in the hamlets.  Most of the sites are put forward as rural exception sites, to ensure that they will provide some affordable housing (as they are under the now withdrawn '10 unit' affordable housing threshold proposed nationally).  The plan also sets out housing type and design criteria as well as safeguarding the key community spaces and places in the parish, and allocating a site for a new recreation area.

Will be keeping track on their progress over the coming months...
Posted by Jo at 06:27