Just over the county boundary...

Its proposed housing target is based on the new Government methodology and the 2014-based household projections, so for South Somerset this means 716 dwellings per annum (no major difference from the 725dpa target in the adopted plan).

However the plan does include a change in the settlement hierarchy with a new class “village” identified, slotting in between rural centres and settlements.  Stoke sub Hamdon has been ‘down-graded’ from a rural centre to a village whilst 11 of the rural settlements have been ‘up-graded’, including places like Queen Camel, Sparkford and North Cadbury.  All of these “will” have provision made some development, with a target of 60 dwellings per village (in addition to the 120 dwellings already completed between 2016-2018 and 470 already permitted across the 12 villages).  Exactly how this growth will be managed is not clear, as no allocations or settlement boundaries are proposed, the plan simply states that “growth is expected to take place adjacent to the existing built settlement”

Lots more for those communities to digest over the coming weeks… 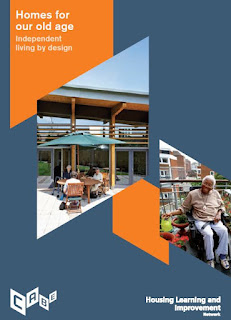 Update to national planning guidance today - a new section on housing for older and disabled people.  It is not just the internal layouts (and therefore Building Regulations) that have a bearing on getting this right.  Points to remember include:

> Flexibility and space in the design and layouts;
> Entrances to buildings are clearly identified, so that they are easy to find, well lit and can be reached by a level or gently sloping approach;
> Parking spaces and setting down points in proximity to entrances;
> Landscaping schemes designed for ease and comfort of movement on foot and with mobility aids, with public spaces including step free spaces and seating.

Building better (as well as faster) 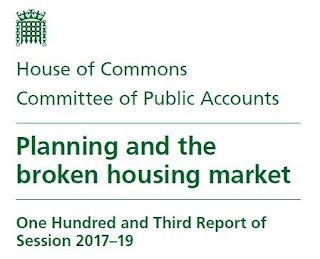 Report out today on the broken housing market and achieving the mystical 300,000 new homes every year.  One topic of interest was build quality – with Government and local authorities criticised for not doing enough to prevent poor build quality of new homes.

Key recommendations were that the Government department (MCHLG) should set out how local authorities, developers, and other agencies will prevent, penalise and compensate for poor residential build quality.  The Department’s design guide should also be revised to define what a sufficient quality of final build should look like.

The Royal Institute of British Architects made the point in their submission that the design skills in local planning authorities had been cut back too far, and whilst design review panels can help these are no substitute for a properly resourced planning system.


https://www.parliament.uk/business/committees/committees-a-z/commons-select/public-accounts-committee/inquiries/parliament-2017/inquiry21/publications/
Posted by Jo at 03:44 No comments:

Consultation on the draft Statement of Community Involvement has just started, with Dorset Council asking for feedback by 2 August.

At just seven pages and fairly generous spacing, the question is, does it say enough?  In my experience the main issues raised by members of the public are not hearing about planning applications and the lack of officer support on neighbourhood plans.  I am not sure this Statement really addresses those questions clearly - the word "may" certainly appears at least 10 times! 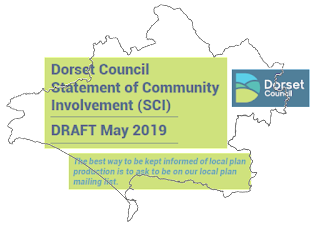 So this is your chance to comment - what would you like them to actually say and stick to?

Today's June meeting of the Dorset Council Cabinet had a lot to talk about planning. Two Neighbourhood Plans are to go to referendum in August (Broadwindsor and Milborne St Andrew) and Bere Regis Neighbourhood Plan officially "made". The Bournemouth, Christchurch, Poole and Dorset Waste Plan is also to be adopted after both Councils agree.

But of broader interest is the Local Development Scheme and recommendation to halt work on the individual Local Plan Reviews (with the exception of the Purbeck Local Plan that is already at examination) to crack on with a new Dorset-wide plan.  Just over 2 years of evidence gathering and consultation, before the plan is examined and finally adopted.  The timetable includes:
And as part of it, Cinderella (or the Dorset-wide Gypsy, Traveller and Travelling Showpeople Site Allocations Plan), which has been in preparation for longer than I care to remember, will finally get to go to the ball.
Posted by Jo at 12:17 No comments:

In case you missed it, Sutton Pointz have caught up with Bridport to now be at their pre-examination 'Regulation 16' consultations.  Neither plan are specifically allocating sites, but are setting the context in which they hope better planning decisions will be made for their respective areas. 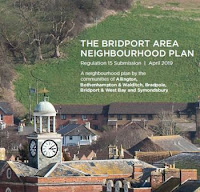 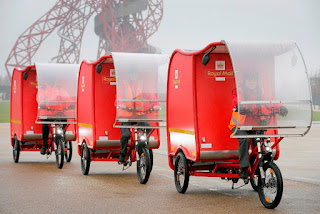 With 3 paper copies required (email is not enough), and in light of the Climate emergency declared by Dorset Council at their first meeting on 16 May, I hope Royal Mail have bought in e-trikes to the Dorset depot as part of their carbon cutting trial!
Posted by Jo at 01:40 No comments: