The new Dorset Council have a slim Conservative majority, with many of the towns being Lib Dem strongholds for this term.  If my maths is right the Conservatives party managed to get just over 39% of all the votes cast, and won 52% of the seats on the new Council.

A very different picture in the other major vote that took place on the 2 May, which was of course the Bere Regis Neighbourhood Plan referendum.  With 447 votes in favour of the Plan (92 votes against) this was a ringing endorsement made by 83% of those voting.  Congratulations to all those involved. 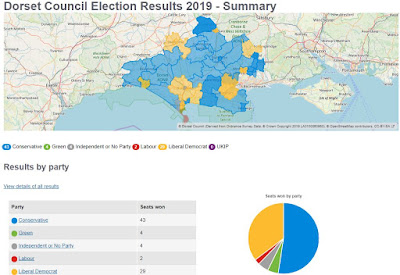